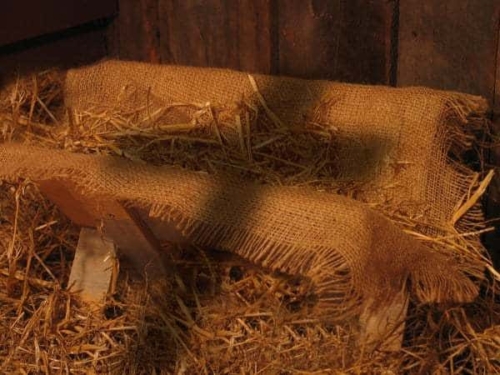 But the angel said to them, “Do not be afraid. I bring you good news that will cause great joy for all the people. Today in the town of David a Savior has been born to you; he is the Messiah, the Lord. – Luke 2:10-11 NIV

Over 2000 years ago, in a sleepy village, in a remote province of the Roman empire, there were shepherds tending their flock one night. And to this group of obscure shepherds an angel appeared with a most significant birth announcement. A savior had been born; the long awaited Messiah had come. And they would be able to find him in a feed trough in Bethlehem.

We often relegate this passage to Christmas pageants and cards. But the good news that the angel brought to these shepherds is not just a Christmas story. It was, and continues to be, good news for all people, 365 days a year. The child who was born that day in Bethlehem was God incarnate. He grew to become a man; a man who gave his life on a Roman cross. And three days later he conquered death and rose from the grave. Now, because of his death, and resurrection, I can have forgiveness for my sin, reconciliation with God, and the promise of life eternal with him. The message of the angel that night so long ago was indeed good news of great joy.