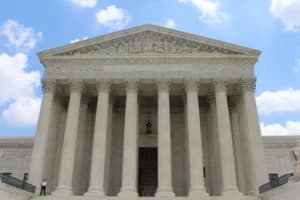 Do not entertain an accusation against an elder unless it is brought by two or three witnesses. But those elders who are sinning you are to reprove before everyone, so that the others may take warning. – 1 Timothy 5:19-20 NIV

I have been blessed to never having been in a local church where someone in a leadership position has been accused of a moral failure. But from what I read it is an all too common occurrence. And it is not just a modern day problem. It apparently was an issue even for the earliest church. And it is a problem that is not confined to the church. In the world at large there are many examples of people in leadership positions being accused of moral failure. So how should we be handling these accusations?

Before we even look at this passage I think it is important that we go back to chapter 3 of this letter first. Here Paul identifies some basic qualifications for those in positions of leadership. And there you find that character is important. We should do our best to ensure that our leaders are people of good character.

If our leaders are are questionable character, then when someone brings a accusation against them of moral failure, we should probably pay attention. But if we have done our job, and know their character, then the threshold for doubt goes up. Don’t let one, potentially disgruntled, member ruin the reputation of one of your leaders. Only if multiple people make accusations against him/her, either together or over time, should we take seriously the accusation and investigate it.

If accusations are made and upon investigation they are found to be true, then we need to act appropriately. I have been reading recently of a large church with significant moral failure by their senior pastor. And rather than properly dealing with the issue, the rest of the church leadership attempted to sweep it under the carpet. And, predictably, that was a failure, and has led to major turmoil within the body. The Roman Catholic Church is also reeling from moral failure by at least a few priests and bishops. And the attempts at coverup have only made it worse.

Paul’s instruction concerning elders who have sinned is important. We need to publicly reprove them and take corrective action, rather than try to hide the problem. We need to demonstrate to the one caught in sin, to the church, and to the world, that we take sin seriously. And it will serve as a warning to others who might otherwise be tempted to do the same thing. We should not be quick to judge our leaders. But neither should we hesitate to do so when it is warranted.