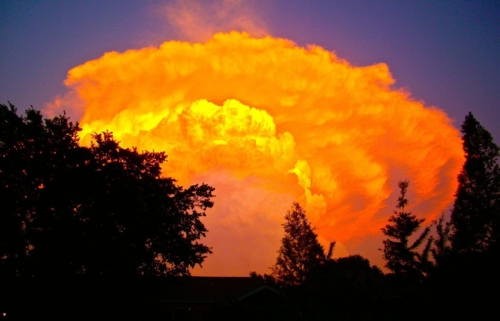 As the time approached for him to be taken up to heaven, Jesus resolutely set out for Jerusalem. And he sent messengers on ahead, who went into a Samaritan village to get things ready for him; but the people there did not welcome him, because he was heading for Jerusalem. When the disciples James and John saw this, they asked, “Lord, do you want us to call fire down from heaven to destroy them?” But Jesus turned and rebuked them. Then he and his disciples went to another village.

I have often found humor in this passage as I read it. During his ministry Jesus traveled from village to village proclaiming the coming Kingdom of God. He generally seems to have had a receptive audience in most villages. But there were some who rejected him. And this Samaritan village was one of those where he did not receive a warm welcome.

The bothers James and John took exception to this rejection. And I am sure that this being a hated Samaritan village did not help their mood. So they came to Jesus to ask about calling down fire from heaven to destroy them. I am sure they would have taken great delight in being able to do this. But, alas, Jesus did not grant them their request. Instead he rebuked them and then led the disciples to another village.

The Danger of Militant Christianity

There is a brand of Christianity today that seems to take this example of James and John as the proper response to those who oppose them. To call down fire from heaven to consume their enemies. And they seem quite willing to consider themselves as that consuming fire. This militant form of Christianity has become much more noticeable in the past few years, and I find that troubling.

Jesus’ response to the militant James and John was one of rebuke. Can we imagine that his response is different today to those who respond to opposition in the same way? Jesus tells us that we should expect to be rejected by the people of this world (John 15:18-21). But he tells us to respond in love (Matt. 5:43-48), not in anger.

I believe that this form of militant Christianity is extremely damaging to the cause of Christ. The kingdom is much better served when we follow Jesus’ example of self-sacrificial love, rather than the example of James and John in this passage.