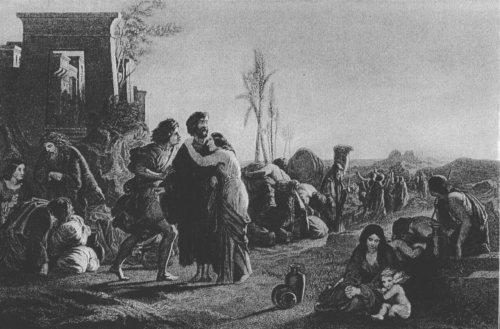 The book of Leviticus contains a variety of laws and regulations to guide the infant nation of Israel. Many of these laws seem strange to us in the 21st century. But they were very applicable to people in the ancient near east. Among these regulations were the Sabbath, the Sabbath Year, and the Year of Jubilee.

The Sabbath Year is defined in Leviticus 25:1-7. For six years Israel could plow, plant and harvest. But the seventh year was to be different. On the seventh year you were not to plant your fields. Neither were you supposed to harvest them. Nor could you tend or harvest your vines. The land was not to be worked at all. You could, however, pick and eat what the land produced by itself.

Did Israel ever observe the Sabbath Year? The Scripture is mostly silent concerning this. The only clue comes from piecing together a number of passages. First is Leviticus 26:34-35, 43. Here Israel is told that if they rebelled against God and his commands that they would be taken away from the land. And that while they were gone the land would enjoy the sabbath years it did not have while they lived in the land. In 2 Chronicles 36:21 we read that this happened for the 70 years Israel was in Babylon, in fulfillment of what was spoken in Jeremiah 25:11-12. So, while they may have observed the Sabbath Year for a while, it would appear that did not last long.

The Year of Jubilee

A number of things that happen during this year. First, the land will lay fallow for a second year in a row. This might seem like it would be a hardship, but God promised them that if they would do this, the land would produce such a bountiful harvest on the sixth year that they would be able to eat from the harvest for 3 years, giving them plenty of opportunity to plant and grow their crops following the two fallow years.

Of course there is a catch to this law. The price you could obtain for your property, or self, was based on the length of time until the Year of Jubilee. Only if Jubilee has just gone by could you get full price. If it was only a year away, you would only get about 2% of the full price.

Purpose of the Year of Jubilee

So what, if any, was the purpose of the Year of Jubilee? It actually served a very important and useful function in the life of a rural culture. The only real things of value that the people would have are their land, their homes, and themselves. And if they lost those, then they had nothing. And worse yet, they had no prospects of ever getting out of poverty.

The Year of Jubilee served to ensure that those who for some reason became poor and had to sell what they had, were not forced to remain in that state forever. Eventually they, or their descendants, would once again regain possession of their valued property.

So the Year of Jubilee, if observed properly, would ensure that the poor did not continue to get poorer without any recourse. And, at the same time, preventing the wealth of the nation from residing in just a few hands.

Was It Ever Actually Observed

The Year of Jubilee prevents the accumulation of wealth in the hands of the few. But those who have accumulated wealth and power would naturally resist giving up that wealth and power every 49 years. As you read the Old Testament prophets, you find that one of their primary charges was that the rich were abusing the poor. The powerful would not consider the Year of Jubilee to be in their best interest. And since they were in power, they would be able to ignore this obligation.

So what, if any, relevance does the Year of Jubilee have for today’s world. It seems like it would be a terrible idea to try and implement something like this in a society that is highly mobile and whose wealth is largely independent of land.

I believe this practice has little direct application to us today, at least in the industrialized portions of the world. But that does not mean that we cannot learn something from it. Remember that the Year of Jubilee is meant to protect the poor. It acted as a safety net to prevent perpetual poverty and servitude.

It tells us that God cares about the poor. And that he wants us to have a country that cares about them as well. Not just providing them with handouts. But with real opportunities to escape their poverty and be productive members of the society.

It is worth considering how we, as churches and as a society, can help people escape the endless cycle of welfare that many seem to be caught up in. What can we do to motivate, train, and provide opportunities for those willing to change their position in life? And maybe figure out how to convince those unwilling to change that they really need to. How can we implement the intent behind the Year of Jubilee in the US, or any other country, today?

2 thoughts on “The Sabbath Year and the Year of Jubilee”