What is Arminian Soteriology? Many who claim to be Arminian do not really understand it. Nor do many of those who argue against it seem to have a grasp of what it is all about. The posts linked to this page will attempt to explain classical Arminian Soteriology.

I have long considered myself to be Arminian, at least in regards to soteriology. But I recently discovered that I really didn’t know Arminian soteriology all that well. Mostly I just considered it to be the opposite of Calvinism. I knew I did not believe in the Calvinist doctrines of sovereignty, predestination, and election. Therefore I must be Arminian. But there is much more to it than that.

As I started to really explore Arminianism, I found that I was not the only one who did not know it very well. Many of the Calvinist, or Reformed, theologians that mentioned Arminianism also have a pretty poor grasp of the topic. I don’t know if that was simply because they had been poorly taught, or if it was intentional. But regardless, there is much misunderstanding as to just what constitutes Arminian soteriology.

The intent of this page, and the posts it references, is twofold. First of all it is an attempt on my part to more fully understand the position and to be able to describe it. And secondly it is an attempt to counter much of the misinformation that is available on-line. I hope this will be useful to any who are interested in what Arminianism is really all about.

Arminian Soteriology is a system of belief that comes out of the Protestant Reformation, deriving from the teachings of Jacob Arminius, a Dutch theologian who lived from 1560 to 1609. Apart from its soteriology it is essentially identical to the Calvinism that it derives from. 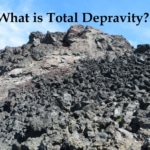 You might be surprised to find that Arminianism and Calvinism are in complete agreement on the doctrine of total depravity; I know that I was. Many operate under the idea that while mankind is pretty bad, we are not so bad that we can not choose to accept God’s offer of salvation. But that is a false understanding of man’s condition.

John 3:16 makes clear that God loves us; that he loves everyone in the world, not just a select few. It is also clear from this passage that God did what was needed to provide salvation for those that he loved. God gave his Son to be the atoning sacrifice for the whole world (1 John 2:2), in order to taste death for everyone (Heb 2:9).

Sovereignty and Free Will

God’s foreknowledge and his election and predestination of believers are clearly taught in the Bible. But what do these terms mean? God, in his foreknowledge, knows who will respond to prevenient grace and his offer of salvation; he chooses, or elects, those to be his special people; and then predestines them to be conformed to the image of Christ. 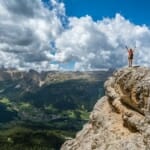 Can a true born again believer ever lose their salvation? Is apostasy possible for one who has truly been born again? This is a question that divides Arminians although classical Arminianism does support the possibility of apostasy. 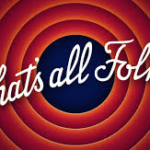 This is the last in a series of posts on Arminian Soteriology, attempting to provide a summary of the doctrine of salvation and what it says about the nature of God.

Resources from other authors