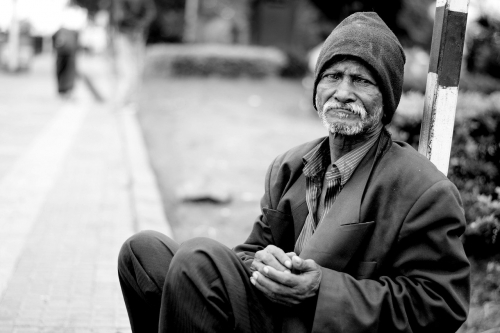 “This is what the LORD Almighty said: ‘Administer true justice; show mercy and compassion to one another. Do not oppress the widow or the fatherless, the foreigner or the poor. Do not plot evil against each other.’
“But they refused to pay attention; stubbornly they turned their backs and covered their ears. They made their hearts as hard as flint and would not listen to the law or to the words that the LORD Almighty had sent by his Spirit through the earlier prophets. So the LORD Almighty was very angry.

This passage was written to the Jewish people who had returned from their exile in Babylon. An exile that was caused, at least in part, because of their social injustice. They were newly back in the promised land, and yet they continued to struggle with this same issue. But, if you took this passage out of its context, it could be easy to see it directed against many countries today, including the U. S..

Much of the unrest in the U. S. today is because of social injustice issues. It is beyond me to know the full extent of this injustice. But it is clear that we do not always show mercy and compassion to each other; that those in lower social strata are not afforded the same level of concern as those who are more well off; that many face discrimination because of the color of their skin or their ethnic background; and many people take a pretty low view of immigrants, the foreigners in our land.

Israel refused to address these social ills that angered God. They turned their backs on the problems and covered their ears to the cries for justice. We might be tempted to think we are doing better because we are at least talking about these issues. But are we? Is anything really being done to take care of the poor, the helpless, or the foreigner? Does increasing the scope of welfare really solve the underlying problems? Or does it just mask them?

I believe that real change is only possible when people’s hearts are changed. And that will only happen when we allow God’s Holy Spirit to remake us into the image of Christ. Then, and only then, will we truly be able to love others with the love of God.