Home » Christianity » Theology » Doctrine of God » God, Time, and the Future. What Does God Know? 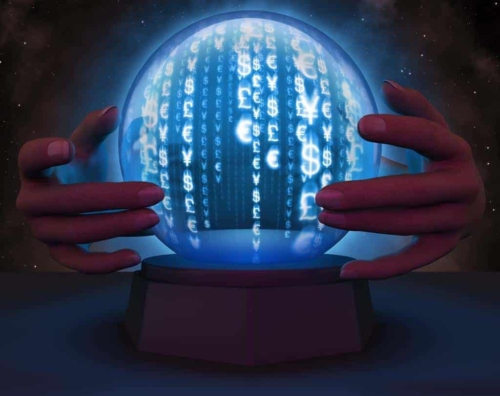 But what about God? We believe God to be transcendent, distinct from the creation and not bound by time and space. We also believe him to be omnipresent; there is no place in the universe where he is not. God is also omniscience, knowing all things. But is his omnipresence and omniscience limited only to space at the current time? Or does it span all of time as well?

We would generally answer that God is omniscience in regards to time; that he knows everything that will ever happen over the life of the universe. How does he know the future? Some would say that he knows it because it is operating according to the plan he laid out before creation. Everything that happens is according to his plan, or will. Others will say that he knows the future because he is smart enough to know everything and so can predict what will happen tomorrow, and next year, and a million years from now. And his predictions are so certain as to be absolute.

But is God omnipresent in regards to time? In other words, is he currently in the age of the dinosaurs as well as in the age of the Jetson’s? It would be easy to say no to this, since the past and future don’t actually exist. But is that true for one who is outside of time, for whom time does not proceed along in a linear fashion? There are a trio of passages in the New Testament that may give us some insight about this.

For he chose us in him before the creation of the world to be holy and blameless in his sight.

This passage says that God chose me before creation. Before the moment of creation, God already had knowledge of me and had chosen me to be a part of his plan; to be holy and blameless in his sight.

Foreknown, and Glorified, by God

In the Romans passage we see that those God had known prior to creation were also predestined to be like Christ, were also called, were justified, and were glorified. As a Christian I can see that God has predestined, called and justified me; those things have happened in my past. But glorification is something I look forward to; yet it is in the past tense here. God has glorified me. God is not in time: my past present and future are all now to him. So while glorification may be in my future, Paul can easily describe it as something that, along with my predestination, calling and justification, all happened when God foreknew me; prior to creation. It is not something God knew would happen, but something that did happen.

He has saved us and called us to a holy life—not because of anything we have done but because of his own purpose and grace. This grace was given us in Christ Jesus before the beginning of time, but it has now been revealed through the appearing of our Savior, Christ Jesus, who has destroyed death and has brought life and immortality to light through the gospel.

The 2 Timothy passage adds clarity to the above when Paul affirms that God’s grace was given to me before the beginning of time, prior to creation. From my perspective this happened 45 years ago. But from God’s perspective it happened long before that; although the terms before and after are meaningless to one outside of time. To him it is all just now.

God Is In Every Moment

Time is an physical construct that controls my earthly existence. But it does not impact God. And that provides a third possible response to God’s knowledge of the future: he is there. He can see my future, not because he has planned it out, or because of his predictive ability, but because he is there. In every moment of my life, past, present, and future, God is there. It is not that he was with me and will be with me, but that he is currently with me, even at the end of my life.

Because God is currently in every moment of time, he knows every choice and action I will ever make. And I can, within limits, freely make choices that have no impact on his knowing the future. How? Because he is in the future, seeing me make those choices as well as the consequences of them. And, if that is a valid picture, then it would seem that omniscience and human free will are not really in conflict.

2 thoughts on “God, Time, and the Future. What Does God Know?”