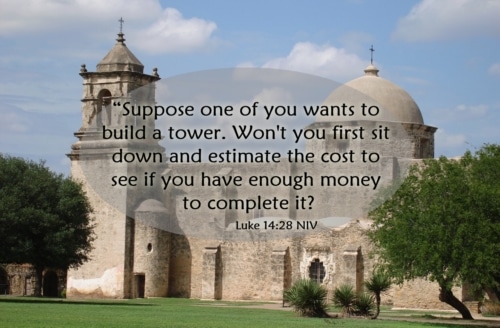 The next morning some Jews formed a conspiracy and bound themselves with an oath not to eat or drink until they had killed Paul.

A group of over 40 men had made a vow, I assume to God, to kill Paul before they ate or drank again. The challenge would be to get Paul away from his Roman guards, but they had a plan for this. The problem with this plan was that they forgot to keep it a secret. Paul’s nephew found out and told Paul and then the commander of the Roman detachment in Jerusalem. Almost immediately a Roman guard whisked Paul away. One thing I have always wondered about this story; what happened to the 40 guys who had vowed not to eat or drink until they had killed Paul. Did they starve to death? Or was their vow broken as easily as it was made? I suspect the latter.

How often do we lightly make commitments to family, friends, or our church? But then fail to follow through when it becomes inconvenient? Wouldn’t it be better to count the cost first, and then follow through on your commitment?