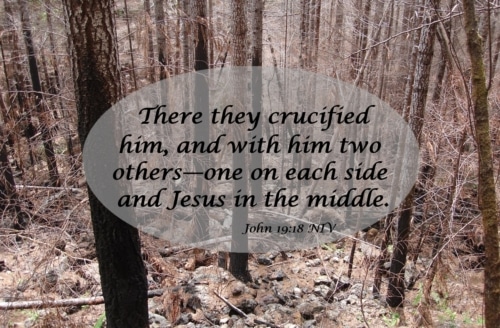 There they crucified him, and with him two others—one on each side and Jesus in the middle.

In Matthew 25: 31-46 Jesus tells a parable, and in it he divides people between his right and left hands, with those on the right entering the kingdom and those on the left cast into hell. In Luke 23:39-43 we find that one of the criminals crucified with Jesus repented and was saved, while the other remained lost. Can these passages teach us something about the other crosses?