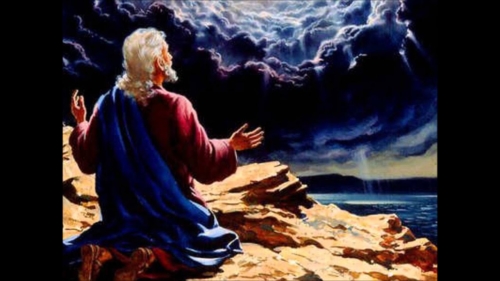 Then the Lord relented and did not bring on his people the disaster he had threatened. – Exodus 32:14 NIV

So what should we make of this passage? The biggest takeaway for me is that it reflects the effectiveness of prayer; it is a lesson in prayer. As believers we are encouraged to pray, interceding for others as well as making requests. And the assumption in prayer is that God hears and responds. Effective prayer makes a difference in how God interacts with us. Which would seem to indicate that God has a fairly fluid plan for the world, one that is changeable according to our prayers,

But what that fails to take into consideration is that God knew what our prayer would be from before creation, which would allow him to develop a pretty comprehensive plan; a plan that took into account our prayer. From Moses perspective, God seemed to have changed his mind. But in reality Moses intercession was known from the beginning, as was the response God would make to his intercession. Moses intercession for Israel did change their history, but it did not change God’s established plan for them.

In prayer, God gives us an opportunity to participate in the administration of the creation. And why does he give us this privilege / responsibility? I believe it provides us with training for our future with him. Just like giving my young children the opportunity to make real choices that affect both themselves and the family help to prepare them for adulthood.