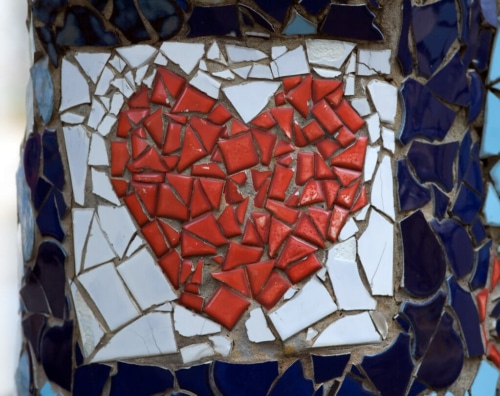 You do not delight in sacrifice, or I would bring it;
you do not take pleasure in burnt offerings.
My sacrifice, O God, is a broken spirit;
a broken and contrite heart
you, God, will not despise.

This is a part of David’s psalm of confession when confronted by Nathan over his sin with Bathsheba. David had committed adultery with a married woman and then had her husband killed when he discovered she was pregnant. But when Nathan confronted him, David repented of his sin and sought forgiveness.

David’s response in this part of the psalm makes it clear that his repentance was not just skin deep. The law required that he make a sin offering; a sacrificed goat. But David was perceptive enough to realize that offering God a goat would not really deal with his sin, nor restore him to right relationship with God.

I am not under the Law. There is no expectation that I bring a sacrificial animal to the altar when I sin. Christ has fulfilled that requirement for me with his death on the cross. But David’s sacrifice, a broken and contrite heart, is still the appropriate response I should make to God when I sin. And God is gracious. When I come to him in true repentance, he will restore me.