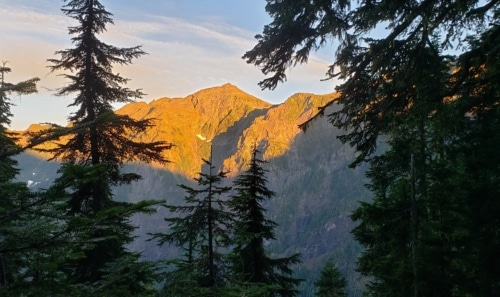 Aseity is one of the attributes of God. It essentially means that God is self-existent. His existence is not dependent on anyone or anything else. I believe that the name God uses for himself when talking with Moses at the burning bush describes this attribute well. God tells Moses that his name is “I Am“. God just is.

Philosophers use a pair of words in describing existence. A being, or thing, is either necessary or it is contingent. A necessary being is one that must exist. There is no possibility of its non-existence.

The universe itself is contingent. The universe has not always existed. Nor is there any known physical reason why it exists rather than not. It could just as easily not have been.

Inherent in the attribute of aseity is that the God of the Bible is a necessary being. He has always existed and there is no possibility of his non-existence. And, he is the ultimate cause behind every contingent being or thing.

A necessary being is necessarily an eternal being. Since there is no possibility of its non-existence, it must be eternal. Without beginning and without end.

Our finite human minds do not comprehend eternity very well. At least mind does not. Trying to imagine an existence that has always been is hard. And it is an existence that precedes everything else. Before the universe existed, God was.

But just because I struggle with imagining the eternal existence that is a part of aseity does not negate it. Something must of necessity have existed before the universe in order to bring it into existence.

In the beginning you laid the foundations of the earth,
and the heavens are the work of your hands.
They will perish, but you remain;
they will all wear out like a garment.
Like clothing you will change them
and they will be discarded.
But you remain the same,
and your years will never end.

Where Did God Come From?

Some will argue, who created God. This is really only a silly argument from an atheist who has not thought it out very well. All of existence is dependent on something that necessarily exists. Otherwise we have to speculate an infinite regress of contingent causes that ultimately produced the universe.

But if the causal chain was infinite, it could never have reached the point of creating us and our universe. So, if there is not a necessary God, then some other universe creating mechanism must be necessary. And that is really no better than accepting God as necessary.