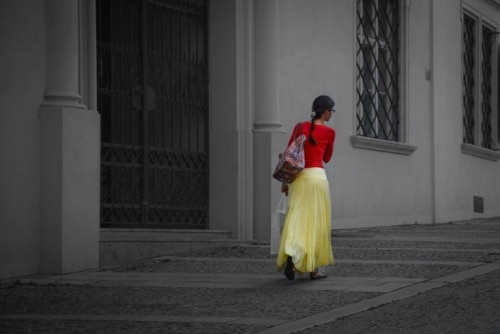 For Demas, because he loved this world, has deserted me and has gone to Thessalonica.

This has got to be one of the saddest passages in the Scripture. Paul was sitting in a Roman prison when he wrote this, likely awaiting execution. And he wrote to Timothy, his true son in the faith (1 Tim. 1:2), giving him some last instructions. He encouraged Timothy to visit him as soon as he could, bringing with him some specific items. And he shared with Timothy the disposition of some of Paul’s traveling companions.

And it is his message about Demas that I find so sad. Demas is mentioned in Colossians 4:14 and Philemon 1:24, sending greetings as Paul’s co-laborer in the faith. Demas was a trusted companion of Paul. One who knew him well and had shared in at least some of the hardships of his journeys. He was a known and respected Christian leader in the early church.

But something happened to Demas. He left Paul sitting in his prison. He turned his back on the work he had been doing. Did he turn his back on the faith? I cannot be certain, but it seems that way to me. He left Paul because he loved this world. In 1 John 2:15 love of this world is contrasted with love for God. You cannot have both.

And that is why this is so sad. Demas probably did not suddenly decide he loved the world. He likely loved it all along. But there was something about the gospel message that appealed to him and he followed it for a while. Until he became disillusioned with it, turned his back on it, and went back to the world.

All too many people are like Demas. They give every appearance of being committed to Christ and are active in serving him. But something happens, and they return to their first love, the world. The lure and appeal of this world is strong. And unfortunately it draws many back into that life and away from the kingdom.