Home » Christianity » Theology » Systematic Theology » Doctrine of Salvation » God, Israel, and the Nature of Free Will 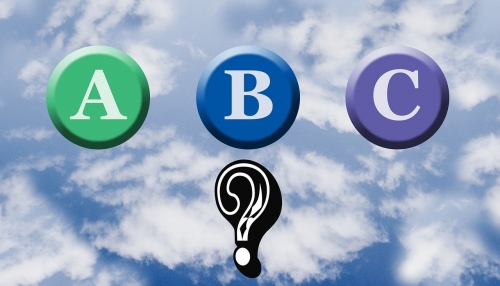 The topic of free will is one that I hear frequently debated and discussed in on-line forums, and occasionally in person. What is the nature of free will? Some will hold that free will is simply an illusion. Others accept that humans do have some real, but limited, ability to make actual free choices. But this second group will disagree on the role of free will in salvation. Can a person choose to accept Christ as savior? Or does God make the choice for them?

This article will look briefly at the different views of free will and then will see how well they line up with the extensive example of Israel in the Old Testament. What kind of free will, if any, did Israel and the Israelites exhibit.

Free will has to do with the ability to make choices. Can I freely choose to do one thing over another? Or is my seeming ability to make choices really just an illusion? There are some who hold to determinism, that free will is only an illusion. That would seem to include many, if not most atheists. But it also includes some believers. However the majority of believers will accept that we have at least some limited form of free will.

There are two primary schools among those who accept the reality of free will. Libertarian free will is the view that we can make choices other than the one we actually made. Compatibilism, on the other hand, views free will as being in some way compatible with divine determinism. That God works in our lives in such a way that we always freely choose to do what he wants us to. I fail to see any real distinction between compatibilism and divine determinism. But it is held by many.

Free Will and Salvation

But of more interest to me in this article is one specific action that may or may not be freely taken by mankind. Is it possible for a person to freely choose to accept Christ as savior, and just as freely reject him? Or is that a decision that rests solely in the hands of God? Many on both sides of the free will debate would both agree that apart from the activity of the Holy Spirit no one would be saved.

But the nature of that activity is disputed. On the one hand are those who say that the Holy Spirit enables human will to be able to freely choose or reject. On the other hand are those who say that God first regenerates the human person, apart from any desire or choice by the individual, and then works in them in such a way as to guarantee that the person freely chooses to accept Christ as savior.

The Story of Israel

The Old Testament is really the story of Israel and God’s interaction with them. In this story, Genesis provides a back story, describing where they came from. Exodus through Deuteronomy establish the covenant, or contract, between God and Israel. Much of the remainder of the Old Testament provides a history of the relationship between them. Some of it is as a historical account, and some of it is God’s call on Israel, through the prophets, to live up to their end of the covenant or face the consequences.

Exodus recounts the oppression of Abraham’s descendants and their deliverance from Egypt. God brought them to Mt. Sinai and there established his covenant with them. Exodus 19:5-6a is at the heart of this covenant. “Now if you obey me fully and keep my covenant, then out of all nations you will be my treasured possession. Although the whole earth is mine, you will be for me a kingdom of priests and a holy nation.’“

Notice the wording on this covenant. It is not “You are my treasured possession, a kingdom of priests and a holy nation.” Rather it is framed as an if / then statement. If you do this then I will do that. God makes this covenant agreement conditional. If Israel would obey him fully and keep their part of the covenant, then they would be his treasured possession.

Implicit in the wording of this covenant agreement is that Israel had a choice in the matter. While their response is recorded as “We will do everything the Lord has said.” They could just as easily have said “Thank you very much, but we’ll take it from here.” Israel freely entered into this covenant with God.

It is true that they would have been both ungrateful and foolish not to have given God a positive reply. Clearly God had done much for them. And he had promised them even more. But still, God gave them a choice in the matter; a free choice.

Repeatedly in the Old Testament you can find examples of the covenant established at Sinai being renewed. One of these is at the end of the initial conquest of the promised land. Israel had already demonstrated that they were a fickle people, at least in their relationship with God. The Canaanite gods were appealing to the Israelites, enticing them to serve Baal and company alongside of Yahweh.

As Joshua was retiring from public life he called all of Israel together and challenged them to remain faithful to God. In Joshua 24:14-28 he called on the assembled people to choose who their God would be, either the Lord God, or the other gods they had encountered. The people responded that they would follow the Lord who had brought them out of Egypt and had given this land to them.

Joshua went on to question their commitment to serving God. Again they affirmed that they would serve him. And Joshua then told them they were witnesses against themselves that they had made this agreement and renewed the covenant with them.

The story of Israel is one of failing to keep their covenant with God. Over and over you find the people turning away from God. After Joshua died God raised up a series of Judges who led the people. But, Judges 2:17 tells us, “they would not listen to their judges but prostituted themselves to other gods and worshiped them. They quickly turned from the ways of their ancestors, who had been obedient to the Lord’s commands.“

This was not just limited to one period in the history of Israel. Throughout the period of the monarchy, more often than not the people and their kings prostituted themselves before foreign gods, serving them and ignoring the Lord. After both of the Jewish kingdoms had fallen Ezekiel, exiled to Babylon, wrote about them. In Ezekiel 16 he recounts the history of Israel as a young and unwanted girl. A girl that God took, cleaned up, entered into covenant with, and dressed richly. But she turned away from God as her husband, turned to other lovers, and used what God had given her to win their affection. As a result, God turned her lovers against her and destroyed her, leaving her to face the consequences of her rebellion.

One of these times occurs during what we call Passion Week. In Matthew 23 Jesus condemned the Pharisees and teachers of the law because everything they did was for show. And at the end of the chapter, Matthew 23:37, he says, “Jerusalem, Jerusalem, you who kill the prophets and stone those sent to you, how often I have longed to gather your children together, as a hen gathers her chicks under her wings, and you were not willing.” These people considered themselves to me under the old covenant. And Jesus, as the God of that old covenant, desired to draw them to himself. But the people were not willing. They did not come to him because of their own choice. Not because it was ordained of them.

A second passage comes from Stephen’s trail before the Sanhedrin. In Acts 7:51, after recounting the history of Israel, he says, “You stiff-necked people! Your hearts and ears are still uncircumcised. You are just like your ancestors: You always resist the Holy Spirit!” These people, just like their ancestor’s, were resisting the Holy Spirit’s leading. They were acting contrary to what God actually wanted them to do.

The Nature of Free Will

So what can we learn about the nature of free will from the example of Israel? Did Israel freely choose to enter into covenant with God? Or was God is some way responsible for their choice to be his people?

I get nothing from the text that their choice was anything but freely made. Yes, God acted in a powerful way to make that choice more likely than not. But still, when it came to it, God gave them the choice. If you will obey me, then you will be my people. To see them as ultimately having no choice in the matter would seem to require reading something into the text that I don’t see as being there. And, as well, it would make the plain reading of the text to be deceiving. Why are they given a choice if there is really no choice to be had?

The Role of the Will In Salvation

What does the example of Israel have to say about our salvation today? Does God give people a choice concerning salvation? Or is it all a matter of God’s choice? Or could it be that both are true?

Salvation is an act of God’s grace, freely given. I do believe that God determines who he will save, irrespective of our merit. But I also believe that God has chosen to save all of those who will respond positively to his offer of salvation. Salvation is a matter of God’s choice. And he can choose for any reason that he wants. And Scripture indicates that he has chosen to save all who would freely believe in him.

What did Israel do to earn God’s offer of a covenant relationship? Absolutely nothing. God made them an offer. And they accepted. What did I, as an individual person do in my salvation? Nothing! I simply accepted God’s freely offered gift. Like Israel, who was brought to Sinai, the place of decision, by God’s power, so I was brought to the place of decision by God’s Spirit. If he had not brought me there, I would never have sought him. But he did. And I am forever grateful that he enabled me to accept his offer of salvation.

4 thoughts on “God, Israel, and the Nature of Free Will”