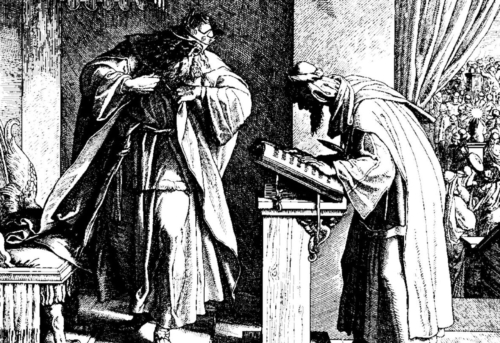 Josiah was one of the last kings of Judea. And this account of Josiah in 2 Chronicles 34 presents his spiritual pilgrimage. Josiah was the grandson of Manasseh, described as the most ungodly king of Judea. Two years after Manasseh’s death, Josiah came to the throne at 8 years old.

You might expect that Josiah would have been heavily influenced by his grandfather Manasseh and his ungodly father Amon. But that seems not to have been the case. The chronicler says that he followed after the example of David instead, in everything he did.

In the eighth year of his reign he began to seek God. In the twelfth year he began to purge the land of idols, following the example of his great-grandfather Hezekiah. And in his eighteenth year he gave the order to cleanse and repair the damage done to the temple by Manasseh.

Responding in Humility before God

And in that cleansing the Book of the Law, written by Moses, was found in the temple and read to Josiah. When Josiah heard these words he realized that Judea as a nation was in trouble because they had not obeyed these words. He tore his robes and humbled himself before God in repentance for his people. And God responded to him with the words of 2 Chronicles 34:27. His humility had saved his nation, at least for a time.

I love the example that Josiah left for us. He was in a position of influence in his nation that few of us will ever be in. Yet I believe that regardless our place in the world, we can humbly come before God in prayer for our family, our community, and our nation. And we can do so in confidence that God hears and responds to the prayers of his people. Who know but what our pray can help to save a nation.