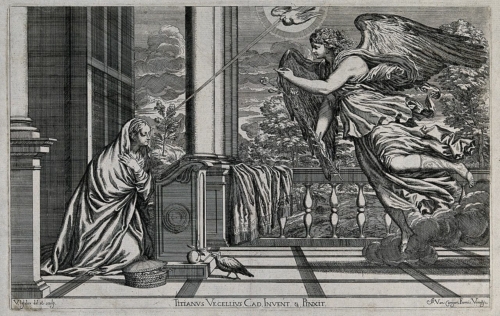 You will conceive and give birth to a son, and you are to call him Jesus. He will be great and will be called the Son of the Most High. The Lord God will give him the throne of his father David, and he will reign over Jacob’s descendants forever; his kingdom will never end.”

I suspect that most parents have hopes for their children. That they will grow up to be someone special. To become the President, the next Bill Gates, or a famous athlete. And most of us are satisfied when they end up as good productive citizens rather than axe murderers.

But Mary was different. She was told up front what her child would grow up to be. And it far exceeded any expectation she might have had. Or that any of us might have for our own children.

Her son would be great. What exciting news. He would rise above the obscurity that had been the experience of Mary and likely all those she knew. But that was only the beginning.

He would be called the Son of the Most High, the Son of God himself. He would sit on David’s vacant throne, fulfilling the hope that Israel had kept for so many years. And the kingdom he would establish would never end.

And, as Gabriel had announced, Mary conceived, gave birth to, and raised this child. This child who was the Son of God. Who gave his life as an atoning sacrifice for the sins of the world. And who sat down on David’s throne, ushering in the Kingdom of God. A kingdom that will endure forever.

This Christmas, celebrate the birth of Jesus, the Son of God, the King whose reign will never end. And bow before him in worship.