Home » Christianity » Theology » Doctrine of Salvation » Who Is Drawn by the Father in John 6? 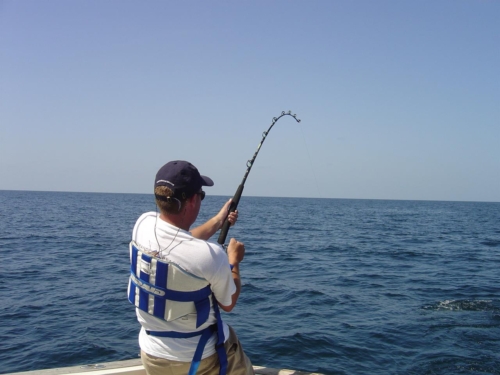 Calvinist / Reformed soteriology holds that the election of believers was done by God prior to creation. And that election is based solely on the secret council of his will. The elect themselves play no part in this election. They hold that when the Scripture speaks of the necessity of faith / belief, that God supplies the necessary faith to the elect, and only to the elect. And that all of the elect will respond to God because of the faith he gives them. They are irresistibly drawn by the Father to the Son.

One of the primary passages used to support this position comes from John 6. This article will look at the relevant passages in this chapter to see if they truly support this position. To be clear, I do not. But, God’s word is the authority that we should draw from. And I will attempt to be honest in understanding this passage as John recorded it. I will look at each of the relevant passages in the chapter. And then will attempt to synthesize the overall teaching of this extended dialog from Jesus.

Given By the Father To the Son

To emphasis that point Jesus says that he will lose none of those given him by the Father. He will raise them at the last day. So all the Father gives to the Son are eternally secure.

Why Are They Given?

So there are two references to those who will be raised up in the last day. Those the Father has given to the Son. And those who look to the Son and believe. I think it is logical to see these as the same people.

Drawn By the Father

Let’s take a moment an look at this word ‘draw’. In the Greek it is ἑλκύω, transliterated as helkyō. This word is used eight times in the New Testament, five of which are in the gospel of John. In addition to this passage it is used in John 12:32, where Jesus draws all people to himself; John 18:10 where Peter draws a sword to cut off an ear; in John 21:6 where the disciple are unable to draw in the net full of fish; and in John 21:11 where Peter does draw in the net of fish.

There is nothing magical about this word. It simple represents exerting a force on something, pulling it toward some desired destination. That the disciples are initially unable to draw the net of fish into the boat would seem to indicate that the drawing does not always achieve its intended purpose.

Unless the Father Draws

Jesus goes on to say that the prophets taught that all would be taught by God. I suspect this might be one of those places where the Calvinist would say that ‘all’ is not really ‘all’, but only ‘some’. But the only justification I can see for that is because the more natural reading does not support one’s position.

Hearing, But Not Hearing

In Matthew 13:11-17 Jesus explains to his disciple why he speak so much in parables. In this passage Jesus says of the crowds “Though seeing, they do not see; though hearing, they do not hear or understand.” Why is it that they hear, but don’t hear? Jesus goes on to say “for this people’s heart has become calloused; they hardly hear with their ears, and they have closed their eyes.” The message was there for them to hear, but they refused to listen to it.

I believe this is applicable to this passage in John. God teaches, but not everyone learns. All are taught by the Father. But only some actually hear what he is saying and then come to the Son.

The One Who Believes

Here again Jesus identifies the ones who believe as being those who have eternal life. The question remains though. What is the source of their belief? Is it a gift of God given only to his elect? Or is it a human response made to the drawing of the Father?

The Bread of Heaven

I am the bread of life. Your ancestors ate the manna in the wilderness, yet they died. But here is the bread that comes down from heaven, which anyone may eat and not die. I am the living bread that came down from heaven. Whoever eats this bread will live forever. This bread is my flesh, which I will give for the life of the world.”

But just because it is available does not mean that everyone will eat it. Jesus says that they may eat this bread, not that they will eat this bread. This would seem to point to a universal offer of salvation. An offer that not everyone accepts.

Enabled by the Father

The Spirit gives life; the flesh counts for nothing. The words I have spoken to you—they are full of the Spirit and life. Yet there are some of you who do not believe.” For Jesus had known from the beginning which of them did not believe and who would betray him. He went on to say, “This is why I told you that no one can come to me unless the Father has enabled them.”

Who did Jesus teach? While his closest followers received a more extensive training, Jesus taught the crowds. Everyone could come and heard him speak. Yet not everyone believed. This could well hark back to John 6:45 where the Father teaches all. If only some believed what the Son taught, would it be out of line to see that some the Father taught also did not believe?

Jesus is talking here to his disciples. Not the twelve, but the larger group of disciples that followed him. And some among them did not believe. What did they not believe? Apparently that he was the bread of heaven, and all who ate of him would live forever.

That in itself is hardly surprising. Many followed Jesus, not because they believed he was the Messiah, but because of his miracles. But his teaching about eating his flesh and drinking his blood pushed many of them away. John’s footnote on Jesus’ betrayer will be elaborated on in the following passage and will be discussed then.

I am not sure that ‘enables’, in the NIV, is the best translation for this word. This Greek word is δίδωμι, or didōmi, and means ‘to give’, although there are many nuances to the word. The NASB, the ESV, and the CSB all translate this word as ‘granted’ in this passage. It is easier to see this as a variation of ‘to give’. Enabled may be OK, but it would seem to indicate being fixed or turned on rather than given.

But however we translate the word into English, it is clear that apart from God’s intervention in our lives, we will never come to Christ. This is actually a part of the doctrine of Total Depravity. That we are incapable, in ourselves, of even wanting to come to Christ.

But still the question remains, is the enabling, or granting, or giving, of the Father irresistible? Or does the Father gives people the right, or ability, to come to Jesus, and allow them the freedom to accept or reject?

Chosen By the Son

Then Jesus replied, “Have I not chosen you, the Twelve? Yet one of you is a devil!” (He meant Judas, the son of Simon Iscariot, who, though one of the Twelve, was later to betray him.)

Jesus here is speaking specifically to his twelve closest followers. And he tells them that he has chosen them. Chosen, in this verse, is not the same word as is often translated ‘elect’, but it is close. Jesus has chosen these men.

But one of them was a devil and would betray him. Jesus chose a man who he knew would ultimately not believe but would betray him. That would seem to indicate that this choosing was not for eternal life. Rather they are chosen for a specific task. Just like God chose the pharaoh of the Exodus, not for salvation, but for the purpose of glorifying God.

And I, when I am lifted up from the earth, will draw all people to myself.”

While this verse is not a part of Jesus’ discussion in the sixth chapter, I believe it does have relevance. Jesus tells the crowd in Jerusalem that when he is lifted up, he would draw all people to himself. In the context of the passage, his lifting up would seem to refer to his coming crucifixion.

Jesus’ crucifixion was significant. It was then that he made atonement for sin. The scope of that atonement is a discussion for another post. What is relevant to this discussion is something else that would happen at his crucifixion. Jesus’ drawing of all people to himself.

As mentioned earlier, there is often an attempt to limit the scope of ‘all’ to something less that ‘all’. But I see no valid reason for doing that in this passage, other than escaping the conclusion that Jesus does indeed draw all people to himself through his atoning sacrifice.

Two Drawings? Or One?

Unless there is a good reason to assume otherwise, I think it best to view them as working to accomplish the same ends. I see no reason to suppose that the Father draws only the elect while the Son draws everyone.

So what has Jesus had to say in this passage concerning the drawing of his Father? Does the Father draw only the elect? Or, like the Son, does he draw all people?

I do not see an explicit answer to that question in John 6. It seems that what Jesus is teaching is not who is drawn, but rather the necessity of being drawn (John 6:44). Clearly, apart from being drawn by God, we will never come to Christ.

John 12:32 is more explicit on the question though. In this passage Jesus says that at his crucifixion, he would draw all people to himself. That indicates a more universal drawing than the limited drawing advocated by Calvinism.