Home » Christianity » Bible Study » I Am Slow of Speech and Tongue – Exodus 4:10 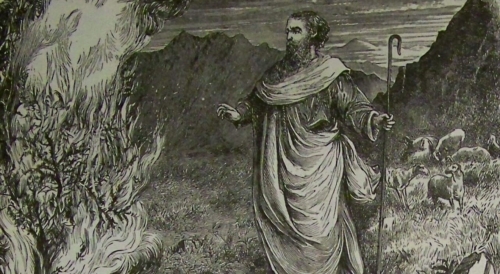 Moses said to the Lord, “Pardon your servant, Lord. I have never been eloquent, neither in the past nor since you have spoken to your servant. I am slow of speech and tongue.”
The Lord said to him, “Who gave human beings their mouths? Who makes them deaf or mute? Who gives them sight or makes them blind? Is it not I, the Lord? Now go; I will help you speak and will teach you what to say.”

Moses is one of those biblical heros that I find so inspiring. He was a giant in the faith. Confronting Pharaoh. Leading the Israel from Egypt and to the promised land. Delivering the Law of God to Israel. It is so easy to look at Moses and think that I could never do what he did.

But, at 80 years of age, Moses apparently did not think of himself as capable of it either. He seems to have grown quite content as a shepherd, living a relatively quiet and uneventful life. And then, the burning bush and God’s call to deliver his people from Egypt.

What followed was a long list of excuses from Moses as to why he was not the guy for the job. And that is a Moses that I can relate to. Especially with the excuse he offers in the focal passage for this post. “I’m not a good talker.”

But God speaks to me here as much as he does to Moses. God made me. And if he calls me to speak to someone, then he will help me to speak and will teach me what to say. While I may, like Moses, be slow of speech and tongue, my inabilities are no limitation to the God who made me and has called me to serve him.