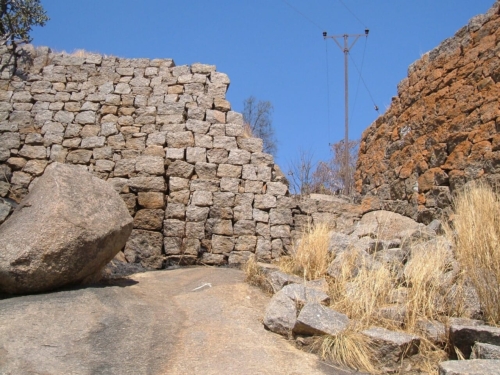 So he said he would destroy them—
had not Moses, his chosen one,
stood in the breach before him
to keep his wrath from destroying them.

But Phinehas stood up and intervened,
and the plague was checked.

Most Americans I know, including Christians, believe that our nation has some serious issues. And I would have to agree with them. We are a nation whose people are more and more turning away from God. Polls show that the number of people identifying as Christian in the U.S. is in decline. And even among those who continue to identify as Christian, fewer seem to hold to historic Christian doctrines. We are quickly turning into a post-Christian nation. A nation in rebellion against God.

Is there anything that can be done? I believe that this passage gives the answer to that question. The psalmist here is recounting the history of Israel, especially the Exodus and wilderness wanderings. Israel repeatedly rebelled against God. And several times God’s anger is revealed against this rebellious people.

Standing in the Gap

But in at least the two cases recorded here we see the difference an individual can make. Both Moses and Phinehas, by their actions, kept God’s wrath from destroying the people. Moses in particular is describes as standing in the gap before God. This pictures Moses standing in the middle of a breeched fortification wall, defending those behind him. And because Moses took that stand, God’s wrath was turned away from Israel.

Are you willing to be a Moses, standing in the gap and contending for the souls of those around you? James tells us that “the prayer of a righteous person is powerful and effective” (Jam. 5:16). Pray for your nation. Pray for those who lead it. And for those around you. Pray that there would be a spiritual awakening in our world today. A revival that would turn away God’s wrath.