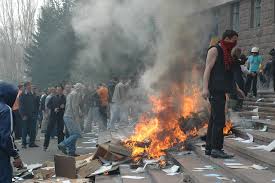 When they heard this, they had no further objections and praised God, saying, “So then, even to Gentiles God has granted repentance that leads to life.”

Is there any group of people that you would be surprised to see coming to salvation? For Peter, and those with him, the Gentiles fell into that category. Gentiles were a pretty broad people grouping. It included everyone who was not a Jew.

The Jews considered themselves as God’s chosen people. The were on the inside. Everyone else was on the outside. They really did not see that God had much use for the Gentiles, other than as fuel for the fires of hell. And that is why Peter and his friends were so surprised when the Holy Spirit was poured out on Cornelius and his household. Not only a Gentile, but a leader of the occupying Roman force.

Who Are Your Gentiles?

So who are the modern day Gentiles for you? Those who are outside of the Christian faith. And not just outside of it. But seemingly so far outside that God could never reach them.

You may not consciously think of any others in those terms. But I have to confess that when I see people rioting in the streets, burning and looting, that I am somewhat judgmental. There are others whose lifestyles would seem to remove them far from the love of God. And still others whose anti-God rhetoric would appear to make them more objects of God’s wrath than of his love.

But all of those are just my limited human judgement. The lesson Peter learned, and that speaks to me from this passage, is that God cares about everyone. Even the Gentiles in my life. And if God loves and cares about them, who am I to tell God that he is mistaken. My more appropriate response is to also demonstrate God’s love toward them.

If you find this content useful, please consider subscribing to A Clay Jar.