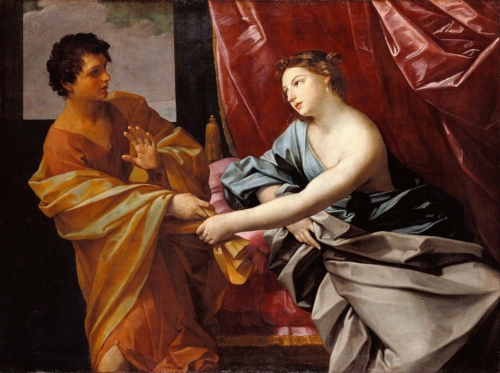 How important is a life of integrity? Walking uprightly before both God and the world around you? Does it really matter?

Now Joseph was well-built and handsome, and after a while his master’s wife took notice of Joseph and said, “Come to bed with me!”
But he refused. “With me in charge,” he told her, “my master does not concern himself with anything in the house; everything he owns he has entrusted to my care. No one is greater in this house than I am. My master has withheld nothing from me except you, because you are his wife. How then could I do such a wicked thing and sin against God?” And though she spoke to Joseph day after day, he refused to go to bed with her or even be with her.

Prior to being sold into slavery by his brothers, Joseph seemed to be a brat. But once he lost his exalted position as his father’s favorite he seemed to be transformed.

Joseph came to Egypt as a slave and was sold to Potiphar, the captain of the guard. And he quickly proved himself as a young man of integrity and ability. Potiphar promoted him until eventually Joseph was placed in charge of Potiphar’s household.

The Test of Integrity

And then came a big test of Joseph’s character. He is described as ‘well-built and handsome”. Joseph was a stud. And Potiphar’s wife took notice and began to lust after him, enticing him to come to bed with her.

Joseph was still a young man, with a young man’s desires. His temptress was likely an attractive woman herself. And she was not playing hard to get. Quite the contrary. She was begging for his attention. How easy it would have been then to succumb to temptation and fall.

Other’s would be impacted and hurt by his fall. But his sin would not be against Potiphar. It would be against God. And Joseph was unwilling to go down that road. And, in doing so, Joseph set a good example for us. An example of integrity and living an upright life before God. Caring more about his walk with God than about satisfying human desire.