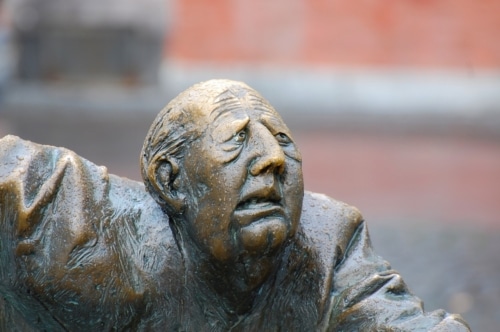 Why do good people suffer? That is a cry frequently heard from those who are facing suffering, either their own or of someone close to them. It is also an objection that is frequently raised against the existence of a loving and merciful God. Is there a good answer to this question? Joseph provides us with at least a partial answer in this passage.

But Joseph said to them, “Don’t be afraid. Am I in the place of God? You intended to harm me, but God intended it for good to accomplish what is now being done, the saving of many lives.

Joseph was sold into slavery by his jealous brothers and endured many years as a slave and a prisoner. But eventually his circumstances changed and he became a leading official in Egypt, helping to save Egypt from a devastating famine. And, in the process, also saving his family, including the very brothers that had sold him to slave traders.

God Can Use Our Suffering

After their father died Joseph’s brothers feared that the time of retribution had come. But Joseph saw things in a different light. And his response to his brothers provides at least one answer to the question of suffering.

Joseph was quite aware that his suffering had come at the hands of his brothers, that their intention was to cause him harm. There was no justification for what they did to him. But Joseph saw God’s hand at work in what his brothers did. God took the evil they did, and turned it into good, saving the lives of many.

Most of the time we will likely not be able to see the good that might come out of our suffering. And we might be challenged to even imagine what good might come out the harm some people inflict on others; I know I am. But just because I cannot see how God might work in some situations does not mean that he cannot. And so I trust that he will, and that the suffering we experience now does have a purpose. That God does not allow gratuitous suffering that he cannot use.

Yet, at the same time, I do not believe we should have a fatalistic attitude toward suffering. While I may not understand why good people suffer, I can seek to alleviate that suffering as much as I can. Even while trusting that God is at work, I can let him use me to bring healing.