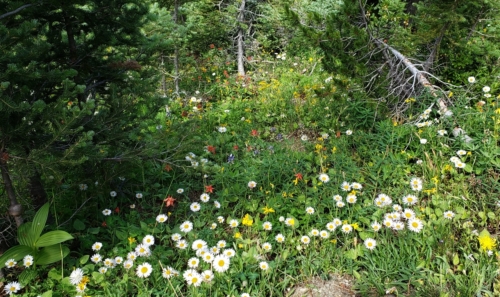 It seems that most believers have highs and lows in their spiritual lives. And Elijah was no exception. From the high at Mt. Carmel where fire fell from heaven to consume his sacrifice, he crashed to a low, that same day, when he fled from Jezebel who had threatened to take his life. Ultimately Elijah found himself at Horeb (Mt. Sinai), the mountain of God. And that’s where this event took place.

At Horeb, God arranged to met with Elijah. As Elijah waited, a powerful wind shattered the rocks around him. Then an earthquake struck. And finally a fire passed over. Big dramatic moments. The kind of ways we might expect when God speaks to us. But God was not in any of these events. After the drama of the wind, the earthquake, and the fire, came a quiet whisper. And in that whisper, Elijah recognized the voice of God, and stood before him.

The Voice of God

God asked Elijah a simple question. “What are you doing here?” You might say that Elijah was there because God had brought him there. But at a deeper level, Elijah was there because his faith had wavered due to Jezebel’s threat, and he had run from his God appointed place. God’s question to him was essentially, why aren’t you where you’re supposed to be? Elijah made an excuse for abandoning his place. But God essentially ignored his excuse and put him back to work.

It seems to me there are a couple of lessons to be drawn from this passage. The first is that we need to be listening for the voice of God in our lives. Not always, but very often it is a still small voice. And if we are not paying attention that voice will be drowned out by all the noise of the world around us.

The second lesson to take away is that God is not particularily interested in our excuses. He is much more interested in our obedience. Rather than feeling sorry for ourselves when our service does not turn out as expected, God’s still small voice encourages us to get up and get back into the fight.