Home » Christianity » Theology » Systematic Theology » Doctrine of Last Things » What is the Rapture? What Does the Bible Say About It? 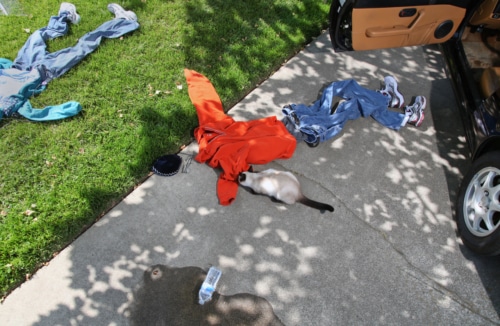 What is the rapture? And what does the Bible say about it?  Many are familiar with the term. But all too often their understanding of the rapture is based more on popular writings like the ‘Left Behind’ series than the Scripture itself. The intent of this article is to look at what the Bible has to say about the rapture.

What is the Rapture?

Rapture is not a word that is found in the Scripture. But it is used to describe a very biblical doctrine; the return of Christ and the gathering up of his elect. This doctrine is central to the hope that we have as believers.

There are many scenarios of the end times that have been drawn from Jesus’ Revelation to John. But I do not find that there are any unambiguous references to the rapture contained in Revelation. Much of how one interprets Revelation is based upon their eschatological perspective. So, for that reason, I have chosen not to include anything from Revelation in this discussion. But there are three passages in the New Testament that do provide us with explicit information about this event.

Matthew 24:30-31 is a portion of Jesus’ teaching about his return. In this passage he says that all the peoples of the earth will see him coming in the clouds. And that with a trumpet call, he will send his angels to gather his elect from throughout the earth.

In 1 Corinthians 15 Paul defends the future resurrection of believers. And in verses 50-55 he describes what that will be like. It will happen in a moment, at the last trumpet. When the trumpet sounds, the dead will be raised, and the living believers will be changed.

The third passage is also from Paul and is in 1 Thessalonians 4:13-18. In this passage Paul is seeking to encourage the believers in Thessalonica concerning some of their members who had died. He assures them that the Lord will return from heaven, along with a trumpet call. And when that happens, the dead in Christ will be raised, and those still alive will be caught up together with them.

These three passages do not share all the same details. But they do have enough in common to point to a common event. They affirm that Christ will return visibly for all to see. The last trumpet points to it being at the end. And it will involve the resurrection of believers who have died and the transformation of those who are still living at his return.

When is the Rapture?

When will this second coming of Christ and our being gathered to him occur? The best answer we can give with any certainty is that it will be at the end of this age. In Matthew 24:3 Jesus’ disciples ask about Jesus coming and the end of the age. Jesus’ response to their question culminates with the passage mentioned above with Jesus’ return and our being gathered to him.

But the when of ‘the end of the age’ is a big unknown. In Matthew 24:36 Jesus tells his disciples that no one, other than the Father, knows when that end will occur. Not even the angels in heaven, or even the Son. And, in Acts 1:7, in response to his disciple’s question about the establishment of the kingdom, Jesus says that it is not for them to know the when. The end will come in the Father’s time. And he has not chosen to share that with us.

Another passage that deals with the when of the rapture is 2 Thessalonians 2:1-4. In this passage Paul cautions the Thessalonian believers not to become concerned that the Lord’s return and our being gathered had already occurred. He assured them that it will not come before a great apostasy first takes place and the antichrist is revealed.

But, while we may not know when the rapture will occur, it should not take us by surprise. In Matthew 24:42-51 Jesus tells us to keep prepared for his coming. While we do not know the when of the event, we should expect it at any time.

In 1 Thessalonians 5:1-8, Paul expresses that the Lord’s return will be like a thief in the night. But we are not in darkness, so that day should not be a surprise to us. So always be ready, living in the light, and wearing the hope of salvation as a helmet.

What Will Happen at the Rapture?

When the rapture does occur, what will happen? In Matthew 24, Jesus simply tells us that we will be gathered by his angels. But Paul’s writing gives us a little more detail. In both 1 Corinthians 15:52 and Thessalonians 4:16-17 tell us that the rapture is not just of those who are living at the time. But that those believers who have already died will be resurrected. And together we will meet our Lord.

In 1 Corinthians 15:45-54, Paul gives us some additional information about this rapture. When the Lord returns for us, we will be changed. The bodies we have now are not suitable for an eternal existence in the presence of God. This perishable and mortal body will be changed into one that in imperishable and immortal. Just what it will look like though is unknown. Earlier in this fifteenth chapter of 1 Corinthians, Paul expressed that what is sown often bears little resemblance to what is raised. So it will likely be with our bodies. At the resurrection / rapture our bodies will go through a radical transformation and may or may not resemble what they do now.

There are some who would propose that at the resurrection we will be purely spiritual beings, like God. But the Scripture tells us that we will have a body, a body that will be like Christ’s. In 1 Corinthians 15:42-49 Paul contrasts the body we have now with the one that we will have. That coming body will be imperishable, immortal, glorious, powerful, and spiritual. Identifying it as a spiritual body lends support to a resurrection that is spiritual in nature. But note that it is a spiritual body, not a spirit. And we will bear the image of the heavenly man, Christ. What our bodies will be like is unknown. But we can be certain that we will have bodies.

A Difference in Timing

No discussion of the rapture would be complete without pointing out that there is a relatively recent school of thought that separates the rapture and the visible return of Christ by a seven-year tribulational period. As an amillennialist, this is not something I agree with. But apart from that there is agreement among the different eschatological views concerning the rapture; the gathering of believers at the end of the age.

So, as Paul says in 1 Corinthians 15:54, “Therefore, my dear brothers and sisters, stand firm. Let nothing move you. Always give yourselves fully to the work of the Lord, because you know that your labor in the Lord is not in vain.” Because of the hope we have, we should let nothing move us from serving our Lord. Know that our service will not be in vain.

4 thoughts on “What is the Rapture? What Does the Bible Say About It?”