Home » Christianity » Bible Study » The First Must Be Last; the Servant of All – Mark 9:35 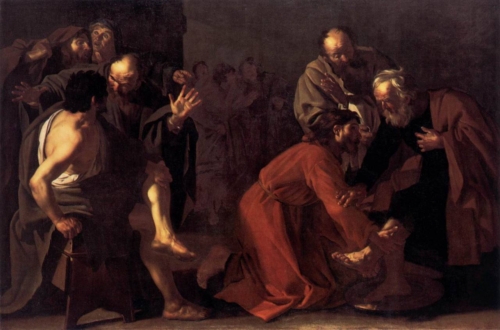 Sitting down, Jesus called the Twelve and said, “Anyone who wants to be first must be the very last, and the servant of all.”

According to Jesus, it is not the pastor of the mega-church with a large staff and extensive campus who is great. Rather it is the nursery worker who wipes noses and bottoms. The one who serves, not only the little ones. But also their parents, allowing them to be a part of Bible studies and worship.

Don’t get me wrong here. I am not dismissing those whom God has placed into leadership roles within his church. But even they have been called to serve. Even Jesus, the Son of God, served his disciples and set us an example of service (John 13:12-17).