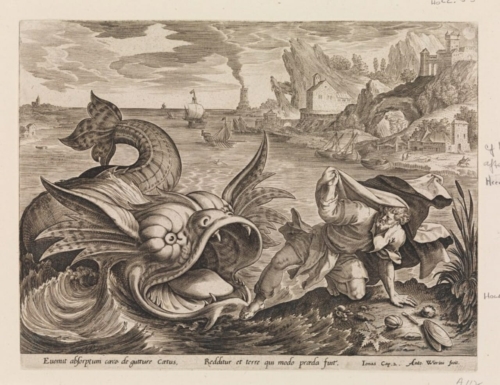 The story of Jonah is one of the more familiar accounts in the Old Testament. Even people with little interest in Christianity or the Bible know of Jonah being thrown into the sea, swallowed by a whale, and later spit up onto dry ground. But fewer people know why it was that Jonah ended up as the main course.

Jonah was a prophet of God who was active in the northern kingdom of Israel during, or before, the reign of Jeroboam II (2 Kings 14:25). The nation of Assyria, whose capital was Nineveh, was the big bully of the day and had caused Israel much grief. And God had called Jonah to go to Nineveh and preach against it.

Jonah had other plans though. Running from God and heading in the opposite direction. He wanted nothing to do with Nineveh. But God was insistent. The storm and fish were prepared by God to convince his wayward prophet to go where he had been directed. And ultimately Jonah did go, although in the end he was still a disappointment to God.

Am I Running from God’s Call?

It is easy to read this story and, depending on your perspective, to see it as either history or a legend. But to do so misses out on an important lesson. God calls each of his children into service within the kingdom. What will we do with that call? Will we be faithful to carry it out? Or, like Jonah, find it not to our liking, and either run or ignore God’s call?

If you ignore God’s call in your life one of two things might happen. You might waste your life in other temporary pursuits with no eternal value. Or, you may find God becoming more insistent and find yourself in the belly of a whale for a time. How much better to just obey in the first place and avoid the wasted life. Or getting a long and unpleasant time out.