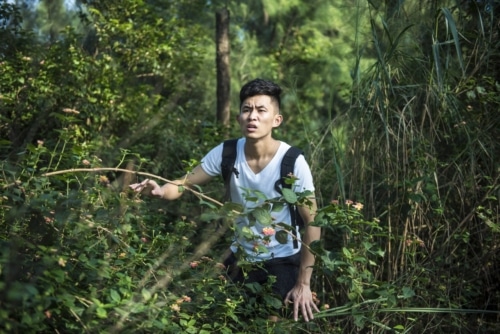 Are you ever guilty of serving God without waiting to hear from him? There is a real danger in running ahead of God like that. How often do we find ourselves going the wrong way? And then paying a price for our premature actions.

Now Rebekah was listening as Isaac spoke to his son Esau. When Esau left for the open country to hunt game and bring it back, Rebekah said to her son Jacob, “Look, I overheard your father say to your brother Esau, ‘Bring me some game and prepare me some tasty food to eat, so that I may give you my blessing in the presence of the LORD before I die.’ Now, my son, listen carefully and do what I tell you: Go out to the flock and bring me two choice young goats, so I can prepare some tasty food for your father, just the way he likes it. Then take it to your father to eat, so that he may give you his blessing before he dies.”

Isaac, the promised son of Abraham, had two sons of his own. Although the boys were twins, they were as different as they could be. Esau was dad’s favorite, a big strong and virile hunter, a man’s man. Jacob was a momma’s boy, sticking closer to home. And, although brothers, there seemed not to be much love lost between them.

While the boys were still in the womb, God told Rebekah, their mother, that the older, Esau, would serve the younger, Jacob (Gen 25:23). God had promised her that Jacob, her favorite, would have the dominate position in the family. But Rebekah seemed not to be content to allow God to work that out. Instead she decided she needed to help God out to ensure that her favorite received the blessing of Isaac and thus leadership in the family after Isaac was gone.

The Danger of Running Ahead

There is no way for us to know how things might have turned out had Rebekah waited, rather than running ahead of God. But it is clear that her actions caused only grief. It caused a major rift between the brothers that resulted in Jacob’s having to flee. And by the time he returned home 20 years later, Rebekah had died. While Jacob and Esau reconciled, the two nations that came from them were never friendly, and often in conflict with each other.

There is plenty of blame to go around in this story, and in the dysfunctionality of Isaac’s family. But what strikes me most about this account is Rebekah’s misguided attempt to help God out. And it makes me wonder how often I choose not to wait on the Lord’s timing. How often I act because I think an opportunity is being lost due to inaction.

While I might not consciously think that God is delinquent in acting, by my own actions I demonstrate that is how I feel. That God needs my help to carry out his purpose on earth. But the fact is that he does not need me. Instead, he gives me the opportunity to be a part of what he is doing. And he does that, not because he needs me, but because it helps me to grow. It is always important for me to follow his lead and not to run ahead. As Rebekah found out, the danger in running ahead of God often leads to disaster and heartache.