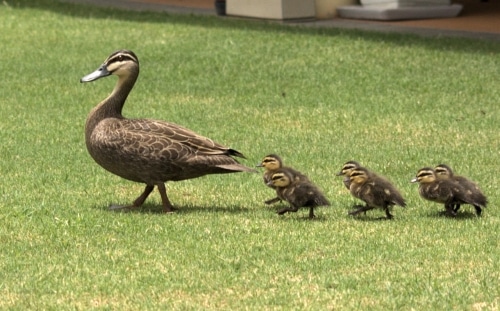 I have found that most church members say they stand behind their pastor, supporting him and recognizing him as the leader of the congregation. Yet many of those same ones will question the direction he leads if it is not in line with that members own view of where the church should be heading.

Ezra was a spiritual leader of the Jewish exiles in Babylon. He was a part of a group that returned to Jerusalem some years after the initial wave of returnees. And when he arrived he discovered that all was not as it should be. Members of the Jewish community were marrying foreign wives in direct violation of the Law. Ezra, along with many others, prayed about this, confessing their sins to God.

Finally one of the men in the group spoke to Ezra, calling on him to act to resolve this issue. But he did more than just challenge Ezra. He pledged his support, along with that of the others gathered there.

Rise up; this matter is in your hands. We will support you, so take courage and do it.”

So Ezra arose and began to deal with this violation of the covenant. And it was a hard thing to do. It required the Jews to separate from their foreign wives and their children. That seems strange to us today. But it was necessary for them in that time and place.

While the circumstances are different today, our pastors are still often called on to make hard and challenging decisions, and to follow through on them. Decisions that may well not be popular with much of the congregation. Will we trust that he is God’s man for this time in the life of the church and support him? Or will we complain and resist his efforts? How much better it would be for us if we all would stand behind our pastor and support him like the assembly did for Ezra.

A word of caution though. I am not suggesting that we follow our pastors if they are acting and leading in ways that are contrary to the Scripture. We should instead flee from these false prophets. But if we believe that God has called them to where they are, then we should support and follow them.