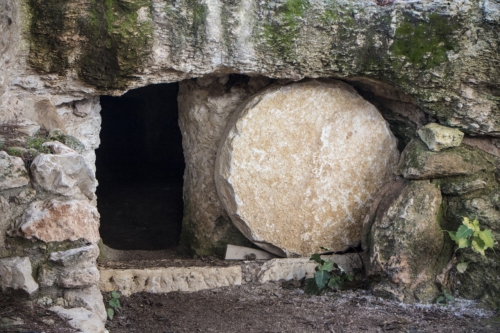 The Bible teaches that Jesus was crucified on a Roman cross and then buried in a borrowed tomb. But, on the third day after his crucifixion, some women who had been following him went to his tomb and found it empty. They told the disciples, some of whom also went, and found it empty. And they left wondering what had happened to Jesus’ body?

Today, the empty tomb is accepted with little question by most evangelical believers and is a core tenet of our faith. But I suspect that most of us never really invest much time and effort in understanding its importance. Why is it so significant in Christianity? Why is the empty tomb so central to each of the gospel narratives?

The Resurrection and the Empty Tomb

The resurrection of Jesus from the dead has been at the heart of the gospel message from the beginning. In 1 Corinthians 15:3-5 Paul expressed what most believe to have been a creed of the early church.

But, unlike the resurrection, the empty tomb does not do anything for us. Instead it tells us something. It tells us that the grave could not hold Jesus. That he bodily rose from the grave. When the angel appeared to the women at the empty grave, he told them “He is not here; he has risen, just as he said. Come and see the place where he lay.” It told them that Jesus had indeed been raised. It was evidence for the resurrection.

Different traditions within Christianity have their own symbols that represent significant events or teachings within the Christian faith. One that is universal is the cross. The cross itself has no saving power. But it symbolizes what Jesus did for us. Jesus’ death on the cross was as an atoning sacrifice for our sin. And the cross is a symbol for that. When we see the cross, we are reminded of what Jesus did.
In the same way the empty tomb is a symbol of the resurrection. When we see, or hear of, the empty tomb, it should point us to Jesus’ resurrection. And to our own upcoming resurrection as well. It symbolizes victory over death.

But, while the cross is an easy symbol to put on a chain and hang around your neck, the empty tomb is not. I can’t recall ever seeing an empty tomb on a chain or at the front of a sanctuary. Instead, we might see an empty cross as representing both. Jesus is no longer on the cross, he is not dead, he has risen.

Alternatives to the Empty Tomb

The empty tomb points to the bodily resurrection of Jesus. But that is offensive to many people who discount the miraculous, or who deny the divinity of Jesus. So instead they have developed alternative theories to explain it away. These theories include:

But all of these are simple to refute. The belief in the resurrection, and resulting empty tomb, is well attested in the early church. The creed quoted by Paul in 1 Corinthians 15:3-5 is generally believed to have been developed within two decades of Jesus’ death and resurrection. That is much too early for legends to have developed. And early enough for critics to have produced the body of Jesus had he not been resurrected.

Evidence for the Empty Tomb

The earliest disciples of Jesus had no need for evidence of the empty tomb. They could see it for themselves. But what assurance can we have today that the tomb really was empty? That Jesus did indeed rise from the dead?

Over the years there have been many skeptics who have sought to explain away the empty tomb. Among them is Frank Morison, a skeptic who sought to write a rebuttal to the story of the resurrection. But during his research for the book he became convinced that the tomb was empty. So instead he wrote Who Moved the Stone in defense of the empty tomb.

Why is it Important?

So, in the end, why is the empty tomb important? I believe its primary importance is that it points to the bodily resurrection of Jesus. That death could not hold him. And, secondarily, because Jesus has risen, we can look forward to our own resurrection as well. The empty tomb demonstrates that death is not the end of the journey. There is much more to come.

2 thoughts on “The Empty Tomb and Its Importance to Christianity”