Home » Christianity » Theology » Systematic Theology » Doctrine of Salvation » What Does the Bible Say about Circumcision? 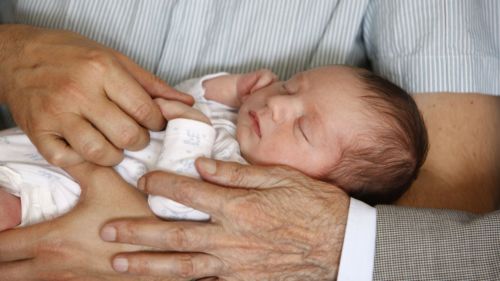 Circumcision is mentioned frequently in the Bible. It was at the heart of the covenant God established with Abraham and his descendants. And it is at the center of one of the first controversies of the new church in the New Testament. This article will take a look at what circumcision meant to the Jews in the Old Testament, and to the challenge it presented to Christians in the New Testament.

Circumcision is a minor medical procedure performed on males, often as infants, but sometimes as teens or older. Circumcision is controversial in the western world today but has been practiced by many peoples throughout history and around the world.  The reasons for the practice vary. Sometimes it is viewed as a rite of passage, a coming of age. Other times it may be done for medical reasons, although that is somewhat controversial today. And, for some, it has religious significance.

A Covenant Established with Abraham

For the Jews circumcision was more than a rite of passage. For them it was a sign of their covenant with God. Circumcision marked them as the chosen people, God’s special treasure. Others in their time practiced circumcision, particularly in Egypt. But it seems that only for Israel did it have the significance of marking a covenant relationship with their national deity.

Shortly before Isaac was born, God directed Abraham to circumcise all the males of his household, including himself, Ishmael, and his servants (Gen. 17:1-14). This was to be an ongoing practice. Every male born into his family was to be circumcised on the eighth day after his birth.

During their stay in Egypt the Jews became deeply immersed in Egyptian culture and religious practice (Jos. 24:14). And along with that the practice of circumcision likely fell by the wayside. But the practice was renewed on the banks of the Jordan shortly after Israel crossed the river but before beginning the conquest of Canaan (Jos. 5:2-9).

During the intertestamental time Greek culture dominated the eastern Mediterranean. The Greeks were opposed to circumcision and during the time when Israel was dominated by Greek kingdoms, circumcision was outlawed and punishable by death. This played into their ultimate rebellion under the Maccabees and a period of freedom before the Romans came. And I suspect it may have impacted the ferocity with which some Jewish Christians defended the practice during the formation of the church.

Controversy within the New Covenant

The earliest Christians were all Jews. And even as believers in the Lord Jesus, they still considered themselves as Jews under a covenant relationship with God. A covenant relationship that involved circumcision. So, it was only natural that they would expect all believers to follow the Old Testament covenant requirements. And that was OK until the church began to reach beyond a Jewish audience and into the Gentile world. And then, requiring Gentile converts to become circumcised became a point of contention.

It would seem most of the early work done among the Gentiles did not advocate circumcision for them. Acts 11:19-21 is the first recorded intentional outreach to the Gentiles, taking place in Antioch. Nothing in that passage is said about circumcision. But in Acts 15:1 some Jewish believers from Judea come to Antioch and attempt to push circumcision as a requirement for salvation. That this created an uproar in the church at Antioch would indicate that this church had never required it, at least for the Gentile believers.

So Paul and Barnabas were sent to Jerusalem, representing the church at Antioch as well as the greater Gentile mission. They meet with the apostles and elders there to settle this question. Must the Gentiles be circumcised in order to be saved? And the answer coming from this first church council was that no, the Gentiles did not have to be circumcised. They were essentially free from the old covenant obligations.

I believe this marked a major milestone for the new church. No longer were they a sect of Judaism, even though the church still contained thousands of practicing Jews. Instead they were a multi-ethnic body of believers. And circumcision was no longer a sign of their covenant relationship with God. While circumcision remained a contentious issue for many Jewish believers, the church, as a whole, no longer recognized it as a distinctive, or requirement, of the faith.

Circumcision of the Heart

Circumcision means different things to different peoples. To some it was, and still is, a rite of passage into adulthood. To others it is merely a simple medical procedure. But to the Jews it was, and still remains, a sign of God’s covenant with them.

This article was first published in BibleStudyTools on March 30, 2020