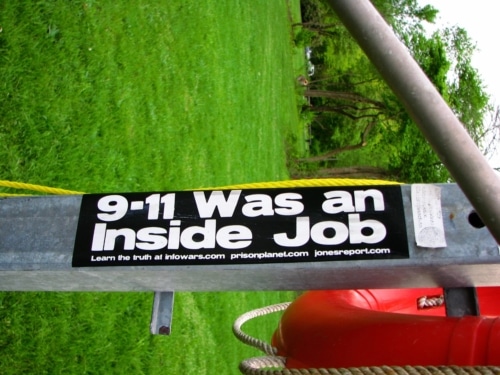 In recent history there have been conspiracy theories that advocated the moon landing was just a hoax. Or that the assassination of President Kennedy was an FBI plot. And there are any number of conspiracy theories making the rounds today. Those dealing with COVID-19 and its vaccination. Attempts to disarm the United States. QAnon trying to secretly take over the American government. And the list goes on and on.

I know people, including devout believers who subscribe to some of these theories. And they pass on rumours with little actual credibility, simply because they have bought into one of these conspiracy theories. Unfortunately, belief in these conspiracies introduces a certain amount of fear into their lives, believing that someone is out to get them, or take something from them that they hold precious.

And I believe that is what Isaiah is referring to in this verse. Don’t get caught up in the latest conspiracy theory. Don’t fear, or dread, what our world fears or dreads. Instead, trust in God. Even if your favorite conspiracy comes true, it is powerless against the sovereign God we serve.