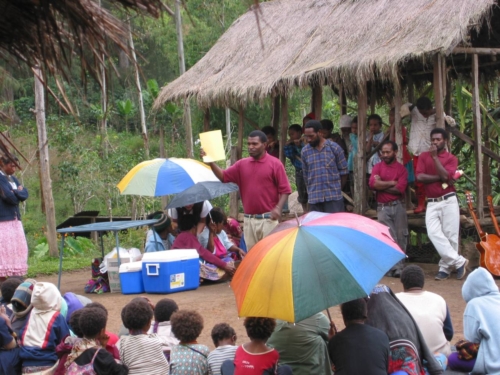 Jesus sent him away at once with a strong warning: “See that you don’t tell this to anyone. But go, show yourself to the priest and offer the sacrifices that Moses commanded for your cleansing, as a testimony to them.” Instead he went out and began to talk freely, spreading the news. As a result, Jesus could no longer enter a town openly but stayed outside in lonely places. Yet the people still came to him from everywhere.

In the ancient world, leprosy was any of a number of infectious skin diseases; not just what we call leprosy today. And the Old Testament Law limited contact with those who had leprosy. They were not allowed to live around other people or be in contact with them. Obviously this would make life difficult for one who had one of these diseases. And being cured would be cause for great celebration.

A number of times in the gospels we see Jesus encountering people with leprosy, and he always responded with compassion and healed them. And he frequently requested that they not tell anyone what had happened to them. I suspect that was largely to hold down the crowds that would otherwise constantly swarm him.

The man in this story, as typically happened, did not follow Jesus request to be quiet, but told everyone. With the result that Jesus was forced to stay in isolated places to try to escape the crowds.

Who Do We Tell

It struck me in reading this how unlike this man many of us are today. Jesus has healed us. Not from temporary physical ills. But from a fatal spiritual disease; sin. And he invites us to tell everyone what he has done for us. But who do we tell? Oftentimes we are reluctant to share with other people what great things the Lord has done for us. We act as if Jesus’ message to the man in this account was his message to us; “See that you don’t tell this to anyone.” And we fail to follow the example of the man who was healed; “he went out and began to talk freely, spreading the news.” Why don’t we tell everyone what has happened to us?