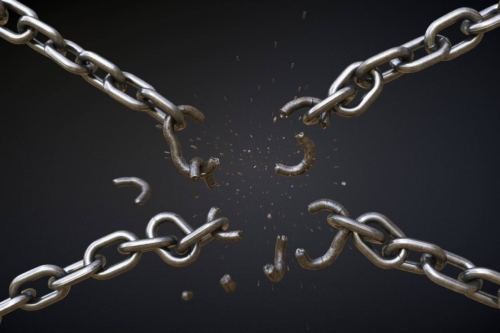 As Jesus was getting into the boat, the man who had been demon-possessed begged to go with him. Jesus did not let him, but said, “Go home to your own people and tell them how much the Lord has done for you, and how he has had mercy on you.” So the man went away and began to tell in the Decapolis how much Jesus had done for him. And all the people were amazed.

Do you ever feel inadequate to be a witness to others about the love God has for them? I know that I struggle with that at times. What will I say to them. But when I read this account of the demon possessed man from the Gerasenes, it really leaves me with no excuse.

Jesus and his disciples had crossed the Sea of Galilee and come into the region of the Gerasenes when they were confronted by a wild man. This man was possessed by a multitude of demons and had been uncontrollable. But when Jesus cast out the demons the man was made whole again and was able to sit quietly with Jesus, for at least a short time. That is, until the towns folk heard about what had happened and fearfully implored Jesus to leave the area. As Jesus was leaving, the man who had been healed begged to go along. But Jesus instructed him instead to go home and tell his people what Jesus had done for him.

What God Has Done for Me

Could anyone have been less qualified to share the good news with their neighbors than this man? At least from a human perspective. His background was less than good, and he had had little opportunity to learn to be a witness. But he went and told everyone what Jesus had done for him. And the people were amazed.

Jesus asks no more of us than he did this man. Most of us are not called to be preachers or teachers. But all of us, as Jesus disciples, are called to tell those around us what he has done for us. Tell them your own story with Christ. Unless you discover that he is not in your story. And if that is the case, I would implore you to be reconciled to God (2 Cor. 5:20).

This article was first published on March 5, 2018